ELIZABETH STEVENSON, LEED AP, was born in Toronto, Canada and earned a degree in architecture from McGill University in Montreal.  She has lived and worked throughout Europe, Asia and the Middle East, arriving finally in Wichita in 1998, as the result of a bizarre series of coincidences.  Stevenson found a surprisingly vibrant art scene in Wichita, and was inspired to put her travels on hold, in order to explore the possibilities.  Choosing to remain in Wichita, she has become increasingly involved in the arts, both in an organizational and advocational capacity.

She is currently the director of Fisch Haus, in the Commerce St. Art District, and works as an architect in Wichita and Montreal.  Recently, Elizabeth opened a new business, SHOW.space, and created a class in applied architecture at Wichita State University, which she teaches once a year.  Elizabeth currently serves on the Executive Committee of the board of trustees of the Wichita Art Museum, and has spearheaded the formation of the Commerce Street Art District neighborhood committee.   Deeply involved in the arts community, she has been involved in the initiation and evolution of several significant projects on both a regional and national stage.

Her artistic practice engages a wide range of media, but has focused her exploration of subject, for more than a decade, on a series of projects that center around an on-going story she began in 1998 entitled The Girl Who Lived in a Sign.  The latest 'chapter' was completed in spring of 2015, at the Havana Biennial. 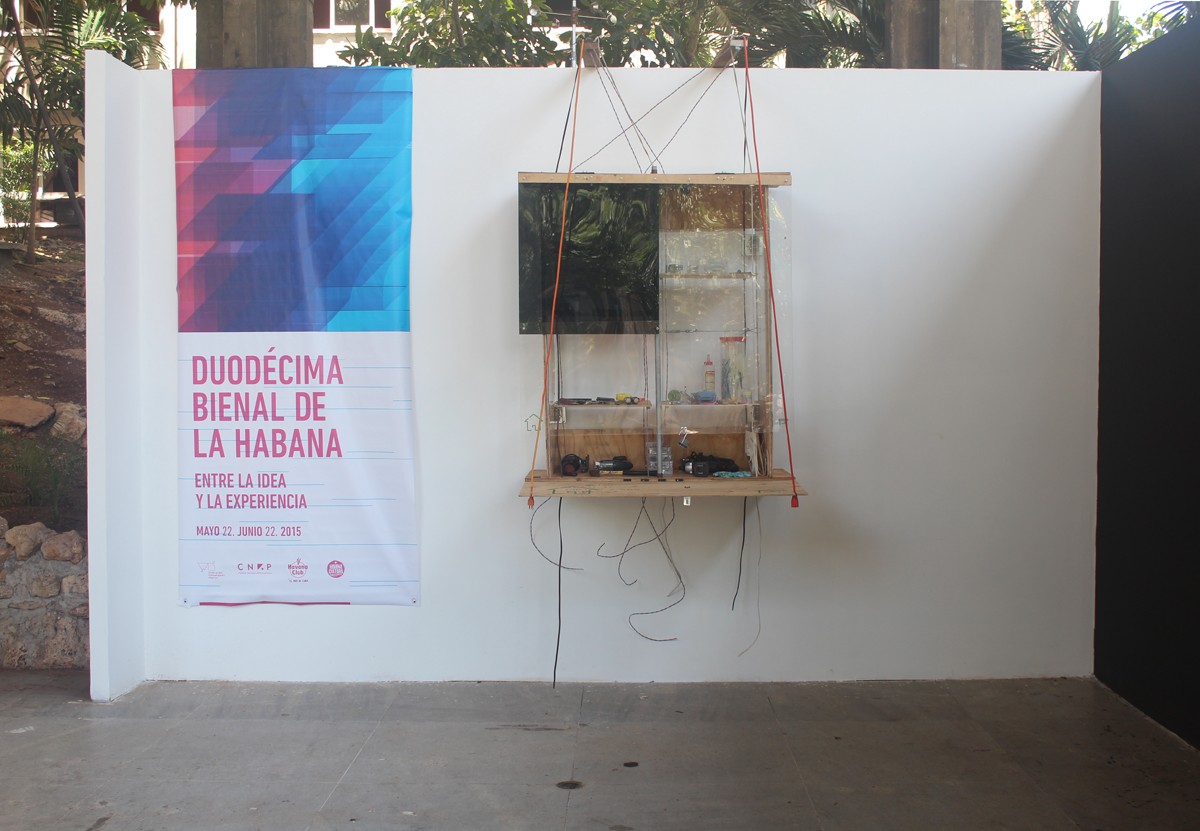 detail from Eat, Sleep, Work: The House, Deconstructed |Havana Biennial; May and June, 2015